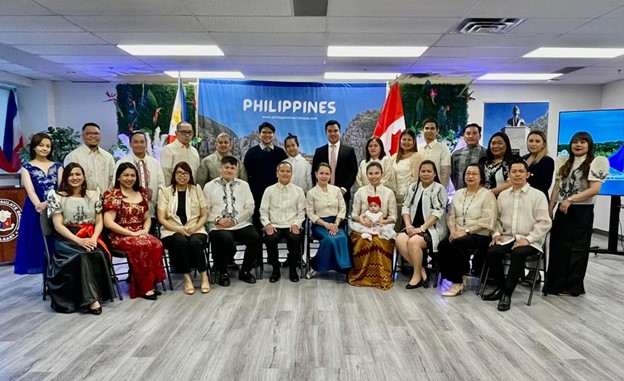 Consul General Zaldy Patron (center-left, seated) and Mrs. Sheila Patron (center-right, seated) with the officers, staff and family members of the Philippine Consulate General in Calgary during the 12 June 2022 Flag Ceremony and Lunch Reception at the PCG office.

Calgary, 14 June 2022 – The Philippine Consulate General (PCG) in Calgary celebrated the 124th Anniversary of the Proclamation of Philippine Independence with two simple but meaningful events.

In the evening of 11 June 2022, the PCG held the Philippine Independence Day (PID) Tagalog Mass in partnership with St. Michael Catholic Community.The other co-organizers of the Mass were the Filipino Catholic Society of the Diocese of Calgary, El Shaddai Choir, and the UP Alumni Association of Alberta.It marked the second year that the PCG hosted a PID Mass, presided both times by Fr. Edmund Vargas. The PID Mass provided an occasion for the Filipino community in Calgary to celebrate their faith in the Tagalog language. Prior to the Mass, the El Shaddai Choir performed popular and traditional Filipino religious songs.

Consul General Zaldy Patron gave his short remarks prior to the reading of the PID messages of President Rodrigo Roa Duterte and Secretary of Foreign Affairs Teodoro Locsin, Jr. After the Mass, a simple snack reception was held at St. Michael Church’s Community Hall. 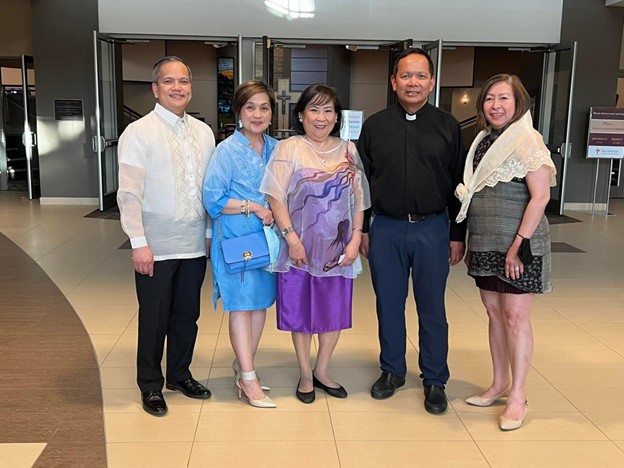 Consul General Zaldy B. Patron (left) and Fr. Edmund Vargas (2nd from right) with the co-organizers of the Philippine Independence Day Tagalog Mass on 11 June 2022 at St. Michael Catholic Community in Calgary.

The next day, on 12 June 2022, the PCG hosted a flag ceremony and lunch reception at the PCG’s Dr. José Rizal Hall for the members of the Filipino community.

The event’s highlights included the reading of the PID messages of President Duterte, Vice President Maria Leonor Gerona Robredo, and Secretary Locsin as well as the remarks of Consul General Patron. 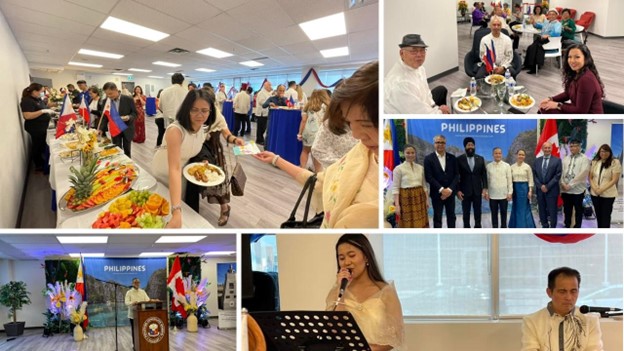